The processor is the most important part of your computer system that is why it is a must to choose it correctly. When buying Intel Core I3 processors, the biggest headache is to select between these two processors: Intel Core I3 2120 vs  I3 3220. Both processors are not that different and have many similar features. However, there are many definite differences as well that can help you determine the right choice to purchase. In this article, we will try to present to you the most important features of these two processors to help you find the right one.

Now, let’s look at which performs better in the biggest money saving factor of all – power consumption.

After power consumption, let us look at other factors which can help you in making the choice.

The Intel Core i3 3220 can perform at temperatures as high as 69°C whereas the maximum temperature at which core i3 2120 can work is 65°C. If you are concerned about the number of displays which you can have with a processor then the core i3 3220 is also better than the 2120. It can provide simultaneous displays at three locations whereas the core i3 2120 can only provide it on two. The last factor that could help in determining between the two is pricing. Let’s see how these processors perform on that.

The price of core i3 3220 is a bit higher than that. It will cost your pocket around $  130 at Amazon which is only +10$ than 2120. Overall, if you want a processor that could perform better on most of the tasks that day to day users do – like playing games, watching movies, using photo editing software – then core i3 3220 is better for you. While if you are a fan of saving the budget or you do not have that much amount of money, then core i3 2120 will be the right choice. It all depends on your choice and reasons, however, after this I3 2120 vs I3 3220 comparison we can definitely recommend you to pay the extra 10$ and get the I3 3220 it’s far better and a great upgrade for only 10$. 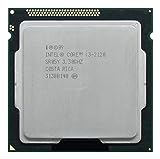 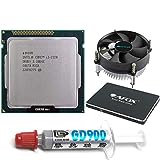